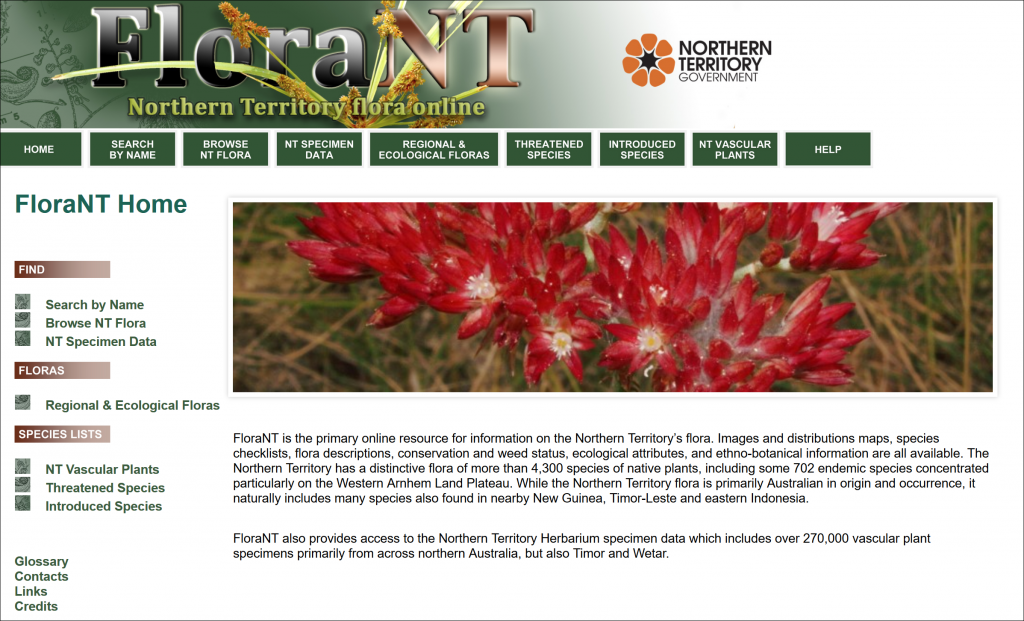 The Northern Territory has a distinctive flora of more than 4,300 species of native plants, including some 702 endemic species concentrated particularly on the Western Arnhem Land Plateau.

While the Northern Territory flora is primarily Australian in origin and occurrence, it naturally includes many species also found in nearby New Guinea, Timor-Leste and eastern Indonesia.