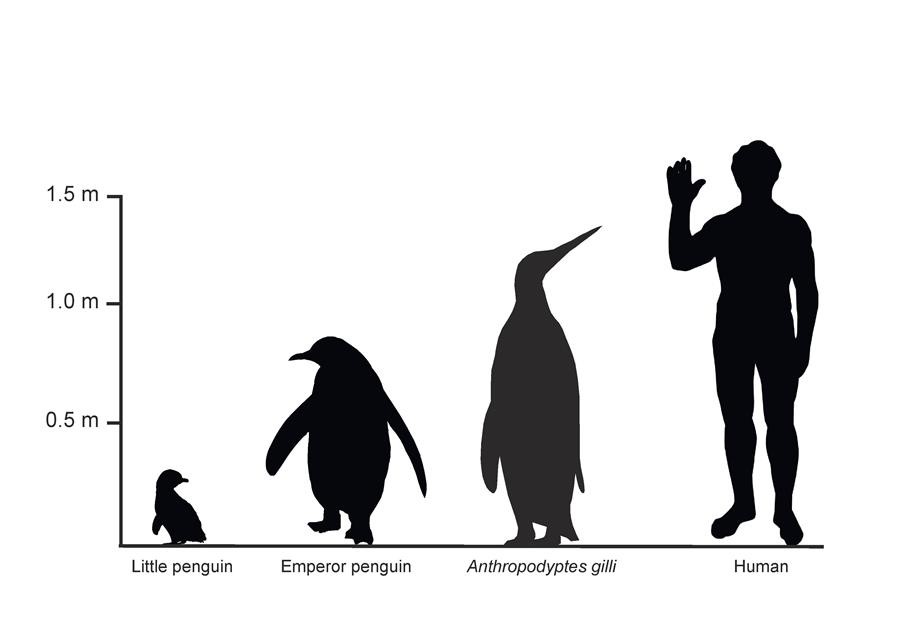 The penguin parade may have looked a whole lot different when giant penguins, the size of humans, waddled along the beach at Phillip Island.

Today, the Little Penguin, the world’s smallest penguin species, is the only penguin living in Australia.

What happened to the giant creatures that used to inhabit our ancient beaches?

Park has discovered that just as Australia is home to a unique array of flora and fauna unlike anything that exists elsewhere in the world, its penguins also possess their own unique evolutionary history.

‘The past 20 years has seen a renaissance in our understanding of penguin evolution,’ explains Park, ‘However, Australian fossil penguins have, until now, been left out of this global picture and no-one has known where they fit into the story. Our paper is the first attempt at putting the missing piece of this puzzle in place.’

By analysing the fossil remains of Australian penguins, Park discovered that they are not closely related to one another. Surprisingly, they have not evolved from one species but, rather, Australia has played host to multiple different species that have colonised its shores across time.

In addition, Park also discovered that giant penguins (such as Anthropodyptes gilli) persisted in Australia for much longer than in other parts of the world – up to 5 million years longer, to be precise!

So what explains these patterns?

The authors think this is due to Australia’s unique geological history.

Over the past 100 million years, Australia has separated from Antarctica and drifted northwards toward Southeast Asia, forming the Southern Ocean. Over time Australia became increasingly isolated as the distance between it and other southern landmasses became larger.

‘The movement of the Australian continent has been an important factor in the evolution of penguins. The continent’s isolation has both protected them, allowing some groups to persist for longer than they have done elsewhere and made it harder for penguins to make it to Australian shores,’ says Park.

However, there are still many questions about the history of penguins in Australia. As Dr Erich Fitzgerald, Museum Victoria’s Senior Curator of Vertebrate Palaeontology and study co-author explains: “What happened to penguins in this part of the world during global warming 15 million years ago, and then when the Earth cooled dramatically about 3 million years ago, are chapters of the penguin story we want to know more about. Australian fossils may be the key to understanding these millions of ‘missing years’.”