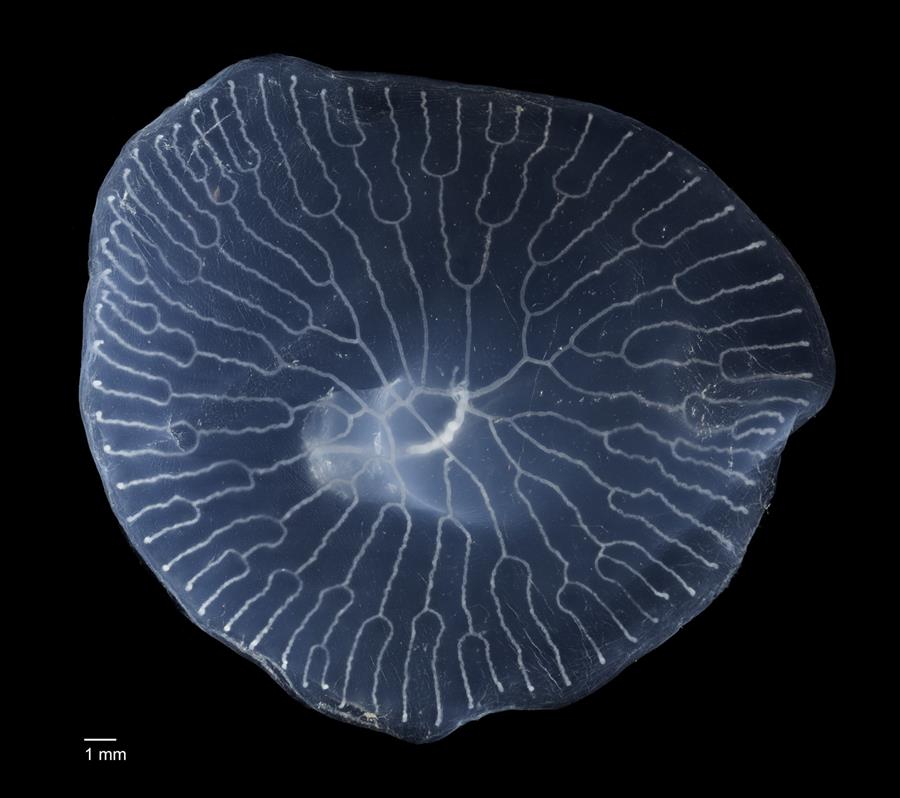 The mystery of Dendrogramma enigmatica or ‘Deep-sea Mushroom’ was born in 1986 when Australian researchers dredged up some strange mushroom-shaped creatures from the bottom of the deep-sea off the Tasmanian coast. These creatures were unlike anything ever seen before.

It took a further 25 years before Danish researchers investigated the creatures and decided they were an entirely new kind of deep-sea animal they called Dendrogramma enigmatica. Completely new animals are a rare event — so the discovery of Dendrogramma excited and puzzled the scientific world. 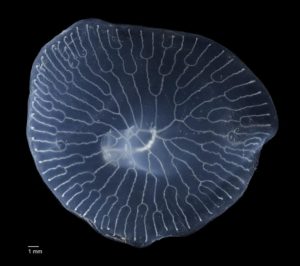 This ‘mushroom’ was so unique, and so different to anything ever seen before that researchers could not even place it on the dendrogram (the family tree) of animal life. In fact, the new animal had branching structures in its body resembling those of the dendrogram which led to it being named Dendrogramma.

As the original specimens had been preserved in formalin, the Danish researchers were unable to obtain DNA data to resolve the animal’s identity. So as all good mysteries go, scientists were forced to wait until they found more of these mysterious deep-sea mushrooms to provide a positive identification.

‘It was a “eureka” moment! Holding one up to the light, the distinctive forked veins shimmered through the transparent body, and it suddenly dawned upon me that we had rediscovered the elusive Dendrogramma,’ said MacIntosh.

Using advanced DNA analyses Tim O’Hara, Senior Curator of Marine Invertebrates and his scientific team at Museum Victoria finally solved the mystery! Dendrogramma, was not a whole creature, but a piece of another creature — a siphonophore. Siphonophores are floating jellyfish (like a bluebottle) possessing parts specialised for buoyancy, propulsion, collecting food, eating, reproducing and defence. Siphonophores have defensive organs called bracts, which can become easily detached from the rest of the animal when disturbed.

As it turns out, Dendrogramma is a bract. Even though it is much bigger and more beautiful than the bracts known from other species, it is still just a bract — a piece of a bigger animal.

Dendrogramma is a cnidarian, specifically a benthic siphonophore in the family Rhodaliidae.

So, while one mystery has been solved, it has opened up a completely new mystery. Scientists have never seen a Dendrogramma complete, so they still have no idea what the rest of the creature looks like.

As Dr Tim O’Hara said: ‘The deep-sea remains a mysterious place full of unfamiliar animals, and so little of it has been surveyed. So many useful medicines and other compounds have come from marine life, so we’ll continue our hunt to solve mysteries like Dendrogramma.’

Their research has been published in the scientific journal Current Biology.